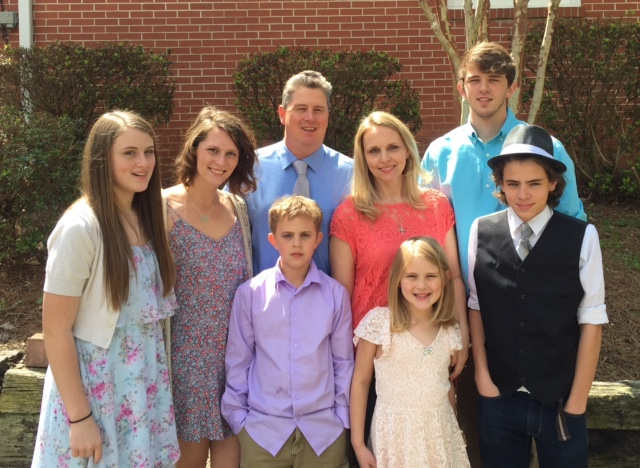 This is probably the most important post that I have made so far.

The Lord is working in my life, but I am still trying to let it soak in. Like ripples on still water after a pebble has been thrown. So will the affects of the events from three weeks ago. I will continue to learn truths and lessons from this.

The phone rang right before 7:30 am on Sunday September 22, 2013. “Hello” , Michael, said.  “Yes, sir, this is he. Okay, okay. We will be there soon. Thank you so much.” My husband runs into the bedroom where I am up to start getting ready for church. “Daulton has been in a car accident and we need to go right now, they are taking him in an ambulance to Huntsville Hospital!”

Immediately I burst into tears. This is a call that every parent dreads. Daulton, was headed back to college early this particular morning. He was 3 ½ hours away. My heart was just aching. The night before he left had not been so pleasant. He had come home for the weekend to attend his former high school’s Friday night football game. It was a big game and he wanted to see his friends. He stayed Friday night and left at 10:00 pm Saturday evening to head back to school. He was supposed to call us when he got back to his apartment. 1:00 am came and went. We had not heard from him. We had text and called no answer. I finally logged into my cell phone carrier website where I have the family locator feature. Dreading hitting the button to see where he was. The address showed he was still here locally, at a friend’s house. I didn’t think that there was no way he would have deceived us like that. I was so angry. I text the mother of the friend and within minutes he called his father. He made out he was at his apartment; finally my husband told him we knew where he was. He admitted that he had not left and was going to stay there until around 5:00 am and then make the journey back to his apartment. Sunday’s are game days at his school, and if they are home games all the players are required to go to church with the coach. He told us he was call us later once he got on the road.

He text Michael at 5:30 that morning. Michael had gotten up for church around 7:30 am and saw the text, but decided he would call Daulton back after he got out of the shower. Instead we got the call from a stranger that our son had been in a terrible accident. They told us he was okay but the car was totaled. It was the longest 3 hours of my life. We finally received a call from him from the emergency room. I was able to get in contact with his baseball coach. He stayed at the hospital with him until we got there. He kept us updated on the entire test they were running. CT scans and x-rays. Everything was negative.  We finally arrived. My heart broke when I saw him. I hugged him and didn’t want to let go. He busted out in tears, asking for forgiveness. He knew he had hurt us. We were so thankful that he was okay.  He had stitches in his elbow that was it. The nurse asked us if we had seen the car yet. Of course we hadn’t since we just wanted to get to him. He pulled out his phone and showed us the picture the EMT sent him. 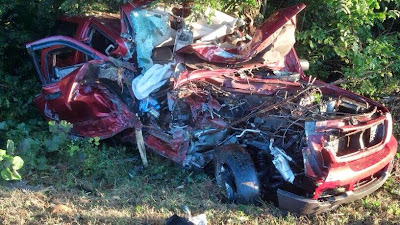 My heart sank. That very moment I realized I had been in the midst of a storm, and the Lord had worked a miracle. My son should not be alive. The doctors, nurses and EMTs were all in amazement. The Lord had protected my son and spared him from death. Not only had he spared him. He also did not have any internal injuries, no broken bones. Not even a concussion. He walked out of the hospital with stitches in his pitching elbow. He had on hospital scrub pants and shirt from the lost and found. They had to cut his clothes off of him to run test because they were positive that he had some type of injuries. We went straight to the garage where the car was towed. All of his belongings were in it. My son did not realize how bad the wreck was. We just stood there in amazement. We could only try to soak in God’s miraculous power. We left there and went to the crash scene. Where we continued to be in awe of God’s grace. Pictures do not do it justice. Seeing it in person is overwhelming. 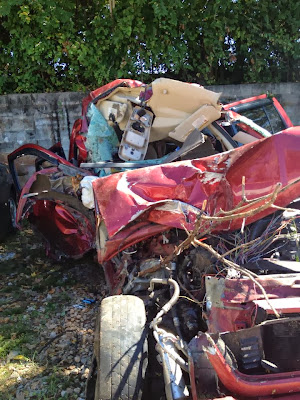 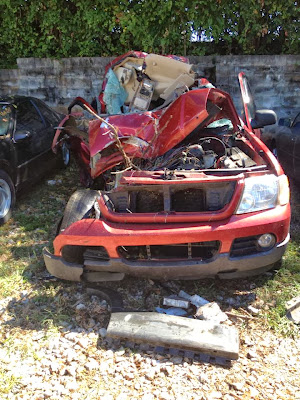 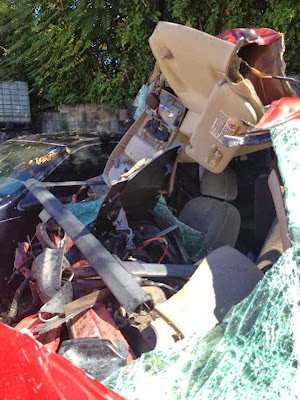 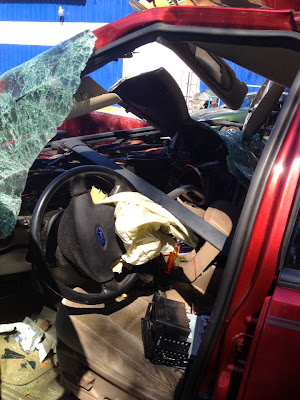 The Lord is still teaching me through all of this. I am sure I will continue to learn truths from this years from now. So far this is what I want to share:

1) Our children are going to disappoint us. It is how we handle it that matters. We disappoint the Lord all of the time, yet He still loves us. It grieves Him when we do this, just like we are grieved when our children act in a way other than how we raised them

Create in me a pure heart, O God,  and renew a steadfast spirit within me.
11

Do not cast me from your presence or take your Holy Spirit from me.
12

Restore to me the joy of your salvation and grant me a willing spirit, to sustain me." Psalm 51:10-12

2) Forgiveness matters.  The Lord allowed me to reconcile with my son, I had been so angry at him. I almost lost him. He allowed me to have a second chance at being his mother. Does He not forgive us when we come to Him burden and heavy hearted?
"Let all bitterness and wrath and anger and clamor and slander be put away from you, along with all malice. Be kind to one another, tender-hearted, forgiving each other, just as God in Christ also has forgiven you." Ephesians 4:31-32


3) Love covers a multitude of sin. Love always wins, overcome evil with good. The moment I stepped into that emergency room and got to hold my son, nothing else mattered. Not how I had cried myself to sleep the night before and the pain he caused. Just that he was alive for me to hold mattered.

"Above all, love each other deeply, because love covers over a multitude of sins." 1 Peter 4:8

4) We were bought at a price. God sacrificed His one and only son to save us from Hell. I was upset that my son could of died. I had almost lost my son because of his own carelessness. But didn't God's son die for me? He has also showed me his mighty power, and he has a work for my son to do. We need to honor HIM.

" Do you not know that your bodies are temples of the Holy Spirit, who is in you, whom you have received from God? You are not your own;you were bought at a price. Therefore honor God with your bodies" 1 Corinthians 6:19-20


5) I am to share this miracle with others. This was not something to be hidden. I am to share Christ message with everyone. CHRIST is REAL!!! My son is a walking testimony.
"No one lights a lamp and puts it in a place where it will be hidden, or under a bowl. Instead they put it on its stand, so that those who come in may see the light." Luke 11:33

It is in moments like this that you realize how small we are and how BIG our God is.
I am still amazed by His mercy and power.

To God be all the GLORY!

"For the sake of your word and according to your will, you have done this great thing and made it known to your servant."
1 Samuel 7:21